All she remembered was darkness, then the feeling of spinning wildly around and around before the bright light. Drifting, she couldn’t tell if it was heaven or hell, as he feet did not touch the floor. Weightless, blinking, she remained frozen as she shielded her eyes from the light the light that was paralyzing her. That’s when reality and the wood floor hit her.

She gasped out loud and screamed as he landed, feeling her leg twist and the sound of bones crunching in the fall. As she gasped at the pain, she began to cough as smoke spilled into her lungs and billowed around her. Looking up, she saw the splintered wood of the ceiling above her that had opened up as she’d fallen.

Around her, flames rose and tickled the edges of furniture and carpeting, lapping up the wood and fabric on the floor. Where was she? Blinking. Her office? No. Even in the dim smoky light she could see the walls were a disgusting shade of yellow.

Then she knew. Her boyfriend Justin’s place.

Oh God, where was Justin?

Coughing, she swung her head around to look to see if she could see his form anywhere but she couldn’t speak. Shifting her weight, she tried to pull herself farther along to look but the minute her left leg shifted, the rush of shooting, burning pain shot through her and she gasped.

It was meant at an unnatural angle and wasn’t moving. It had to be broken. Wincing, she felt the tears start dreaming down her face and she groaned, adjusting to a position that she felt that perhaps wouldn’t stress her leg as much.

Above her, the smoke and fire raged and she watched, transfixed, as crimson red and setting sun orange licked at the walls until they turned black as night or crumbled. On the bottom of the floor, she gasped and coughed, but she saw everything. She’d heard the saying before of life rushing past one’s eyes and sure enough, the flashes came to her of her life, her graduation, her family, the romantic evenings she’d spent…

Her eyes were closed, she hadn’t remembered when she’d closed them but she suddenly saw a bright white light and they fluttered open. Dark figures brandished white light. Blinking against it, she was struck with a fit of coughing, her chest heaving as she tried to speak out but instead collapsed into a ball.

The light grew brighter and brighter, and she blinked against the impossibly bright light until she felt a course fabric against her hand. With it, a masked man, breathing in oxygen. A firefighter.

Against her skin as he lifted her to her feet, the coarse material; the texture of hope.

You can’t hide me forever, even though you may try. I’m often heavy but sometimes I’m light. I’m known to everyone all over the world. You can feel when I’m there and sometimes, when others have me too.

Hint: Not a physical object. 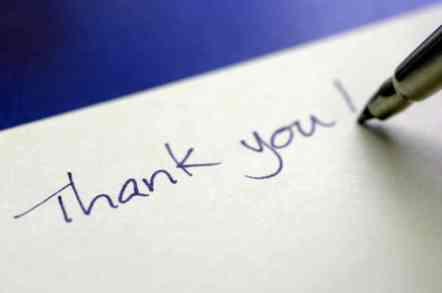 A simple thank you note goes a long way.

It’s no surprise that I am a fan of the written word. I enjoy the feeling of a pen or pencil on paper, which might be shocking the elementary school teachers who made me write my 9-letter last name over and over again. I envied the children with last name’s like ‘Brown’ and ‘Smith’ while I struggled over an Italian name that my pale white skin and blue eyes did not reflect.

Still, I didn’t refrain from writing notes or thank you notes.

“Does anyone ever write them to tell them that they like their doughnuts?” a young me asked as I chomped down on a sprinkled confection from Krispy Creme.

After thinking for a moment, my mother told me that they probably received more comments about problems than happy thoughts or compliments.

“Well then I’m going to write them to tell them how good their donuts are,” I said, going over to get a piece of paper. Two weeks later, I received an official piece of mail from Krispy Kreme headquarters and inside, to the amazement of my young self, a letter of thanks from the public relations team, an official paper hat, stickers and pencils.

It was my first introduction to how good thank you notes could make someone feel.

Hats, not unlike the one I got as a child. Gratitude and doughnuts. Mmmmm…

I got my first thank you card directed to me when I was a reporter. Sure, I’d received cards from parent’s mother’s after birthday parties but this was the real deal and was a handwritten note from a real person thanking me for writing a story and capturing the likeness of the person I had written it about.

I can’t express the happiness I had receiving something so personal and so kind when I was used to negativity every day. In that moment, I realized that I had gone full circle and I remembered the letter I had sent to the doughnut shop and the happiness I had shared.

I’m a believer in karma and I took this as a sign that the cycle had come back to me and it was up to me to continue it.

Because of this, I remember to take an extra five minutes to compliment a worker or write thank you notes to thank others for their kindness. Hopefully, it keeps the cycle of happiness going. 🙂

Hello! Hope everyone had a wonderful holiday. As we approach 2018, here is a New Year’s-themed writing prompt for inspiration! Let me know if it helped!

It’s Writing Prompt Wednesday! Check out this week’s prompt and let me know if it helped you in the creative process! 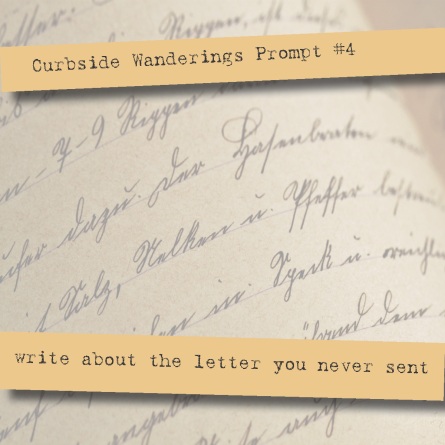 Like this cat, I plan my next writing adventure to succeed.

The last few weeks have been some of the hardest for me in a long time. Personal struggles, mixed with the busy nature of the holidays meant that as I attempted this year’s NaNoWriMo, I kept pushing and pushing myself to complete it.

I don’t consider myself a failure this year, though. I made, what I consider, a valiant attempt and hit just around 37,000 words, which is not bad in my book. The story I was writing needed to come out and I think partially, my struggle with bringing it to light, was why it needed to be written.

My story, Roll Initiative, focuses on a young woman who uses the platform of the table top game Minotaurs & Monsters (a loving homage to another that due to licensing reasons, I will refrain from mentioning) to discover more of her “badass-ness” and to discover what she’s hiding from in real life.

I didn’t know that the beginning writing of this novel would change me. I had a general concept of what I wanted to write, a basic enough outline that I figured was worth at least 50,000 words. What I didn’t know, however, was that this year’s NaNoWriMo would function for me more as a processing exercise for my own life.

Without giving too much away, Roll Initiative began to act for me as a conduit, as I, like my main character Moira, was given wave after wave of things in my personal life that I could not escape from and made mistakes that I would regret. I used my character, like she used hers in the story, as a way to explore and “feel around” with large life changes and dealing with the consequences. Like so many times before, I was led by my character, but it seemed this year, she was also directing me.

“We don’t create a fantasy world to escape reality. We create it to be able to stay.” -Lynda Barry

This year’s lack of hitting the goal was the first time I’d ever attempted the month-long event and did not succeed. I had done it twice before and succeeded both times, although the works I created are god awful. It is a weird feeling, as I am somewhat of a perfectionist and the idea of not finishing even several months ago would give me an anxiety attack.

I don’t regret starting this novel and know that I’m already halfway through something that I feel very strong about.

Something also new and exciting/terrifying: I wrote the ending to the book already. I usually don’t write the ending until I get there, one of my preferred writing styles to let the words come to me then, but with this one, they came to me shortly before I felt my body and mind telling me I needed to stop pushing myself so hard.

And in that ending, I think I found what I was looking for.

Maybe my story is less than the arbitrary 50,000 words or maybe it just isn’t ready to all come out yet. 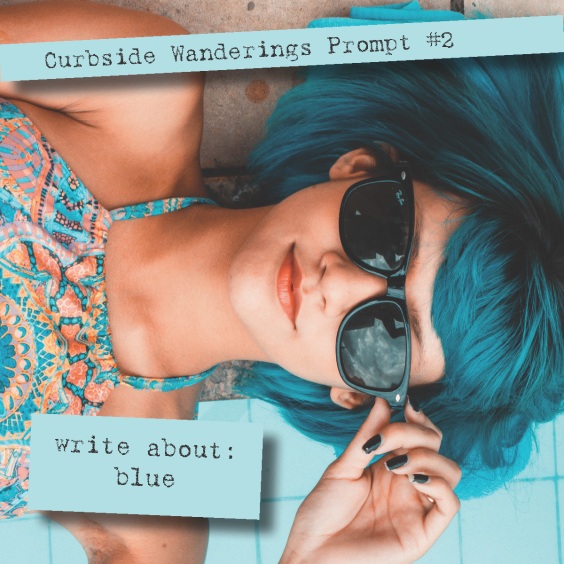 I am going to be trying something new on my blog! Every Wednesday, I’d like to try and inspire writers with a writing prompt! Please feel free to share your creative pieces if the prompts have inspired you!